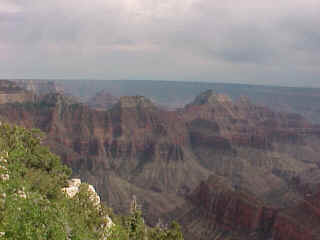 What is that which we have named the truth? Is there any such thing that can be comprehended by our mortal mind? Can any of us dare to say we know the truth? The Truth, in its infinity can not be held  or maintained by any one mind, one group, one religion, one ideology, one system. The truth is revealed by the silence to be the silence itself. There is nothing more than that.

You cannot, as human, hold or possess that which is infinite in your mind; you can only experience a small facet. The same as a large canyon can not hold the entire atmosphere within its walls. But is not the atmosphere contained within the canyon, the same as the entire earth's atmosphere? Truth and silence are exactly the same as that.

Our simple awareness of the Pure Silence is our connection to the infinite, the unknowable, the immeasurable. We are able to taste the nothingness of being because we share in it. The atmosphere is moving through the canyon according to its form, its size, its dimensions. The silence, the truth, flows through each of us according to our own uniqueness of form. So in simplistic terms, all systems, religions, beliefs have a part of that which is eternal. but for any individual or group claim to possess that which is Truth, they are most deeply and sadly mistaken. That which is Pure, formless, eternal and loving cannot be possessed by mere form. You are the silence but your form, your physical being can not possess, create or change that which has always been and which is the source of being itself. You must simply realize that because there is nothing else to be which has permanence.

Canyons wear away, atmospheres disappear, bodies die, but the pure silence is eternal. You can know that right now if you stop and treasure this moment of tranquil peace.