The Drowning (A dream sequence) 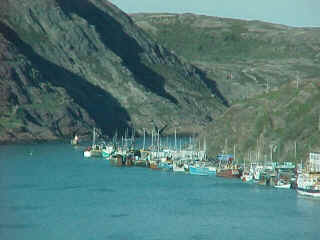 I do not know how I got on this large ship, named "My Life", however my time on this ship has been one in which all I have felt is fear. I know I came from somewhere and was journeying to somewhere else. That's all I know. I wish I could know more. The ocean around me is very threatening, huge waves of silver black are slapping the ship and with every vibration the ship contorts and lurches. I can hear metal groaning; I feel the crawling, creeping slowness of doom as it begins its death knell around me. The storm around me is all too much to take; I cower, head in hands in a fetal position for I know what must happen. I know my end is here; I know the dank dark reality of death approaches and I do not want to face it; I want to run, to get off this stupid mass of metal, of noise and of uncertainty. The nausea, which had been there as the storm began, as the ocean started its threatening and the ship began to roll, is replaced with a solid adrenalin rush. I have become fear itself and much to my dismay I am enjoying this in a sinister way. It feels like it's supposed to be this way.

My eyes have opened. I am alone. There is no ship, only pieces of wreckage. I am lying still. The blackness of the sea is no more; it has become a gentle aqua turquoise color. The waves are gone. I am lying on a large piece of wreckage. Maybe I'm dead. Everything is so still. The sea is like pure glass-not a ripple. I notice a marking on the chunk of destroyed ship upon which I rest, scrawled upon it in large red letters is the word "Memory." What the hell is that about? I guess I survived the terrible storm and here there finally is some peace. Whew! Ok, now what. Much to my chagrin I notice that the land is there on the horizon, not far. I hope it's not a mirage, I hope it's real. So I start to paddle with my hands. As my hands begin to touch the water, the water turns black and the waves begin angrily again. The violence erupts. I stop. Everything becomes still and blue and gentle again. This sucks. How can I get to the land, the shore if I can't paddle? Screw it, I slip off the wreckage named memory and decide to swim for it. I can make it; I know I can do it myself; I am strong. I will make it.

The moment my arms and legs begin to move, the sea becomes angry black again. The waves ensue. Oh, this is great. (With much negative sarcasm!) Now I can't see the wreckage anymore. I survived the disastrous destruction of the ship and now I have nothing to cling to; I lost my only raft. As I try to swim the tumult begins anew. So I stop moving. And as I do, the sea turns warm and blue and still. The moment I start treading water again the black waves begin. "Ok stupid, now what will you do", I say to myself.

I have two options. Option A: swim like hell, deal with the storm, the black waves, the nausea, the nightmare; try to find the raft named "memory" and stay alive. or Option B: stop swimming, stop thinking about the shore, stop looking for the raft and drown into the azure blue, warm, gentle, crystal stillness. Well that's it then; it's cut and dried what I must do.

He closed his eyes and stopped moving. He felt the gentle stillness overtake his body. The warmth was lovely. He could still see the aqua blue even with his eyes shut. Slowly he sank, deeper and deeper into the crystal abyss. This was marvelous, until he realized that he was holding his breath. At that instant he knew that his breath, his clinging to life was the future itself. There was tremendous pressure building in his being. It presented a miserable uncertainty to him. He was so close to the answer. He knew it. Now was the time; this moment he had to do it. He had to stop maintaining the breath that was causing the pressure. He had to drown, he had to allow his being to be filled with the gentle, crystal blue warmth. There was no other way. And so he relaxed, he gave up, he gave in, and he sank down into the depths, and as he sank he breathed the sea of stillness itself. He had one final thought as he disappeared. He realized he WAS the sea of silence and he smiled peacefully.

It seemed that eternity passed, but I knew it was just a second, only a moment. There I was, back at my desk in work, looking out the window, breathing normally, feeling a sensation of relief; of absolute bliss, of mesmerizing tranquility. I smiled; that's all I could do. Had it all been just a dream? It seemed so real, so believable. All I knew was that I was safe, I was dry, I was free from the dream. There were no more waves. There was nothing but this moment. Now there is only one thing I can do. I must share this with the world heart.

My gift to you!