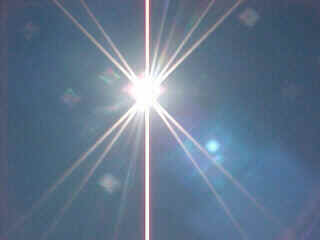 "In the beginning, the earth was a formless void."

You have probably heard these words before. They are from Torah, the Book of Genesis. The writer who penned these words was obviously aware of Pure Silence and it's profound implications. You see, out of this silence, this stillness, everything that is, is contained. What is creation? It is the forms or manifestations arising, existing and disappearing from, with and into the void of the nothingness of Pure Silence. Some have called this the play of God.

Matter and energy are forms which interact through natural laws and formulas. The universe is a collection of forms contained by Pure Silence. These forms are atoms, molecules and chemicals dancing, sometimes chaotically, and interacting with one another in the solution of silence. Take all of the forms away and what is there that is left? There is just Pure, creative Silence.

Now then, in your own brain is a dance of atoms, molecules and chemicals. After all, animal life is merely a great organism of chemical reactions. Thought is made up of electro-chemical impulses which cross from neural synapse to neural synapse. In other words thoughts are also forms. And within your mind when these forms are not, what is left? All there is is silence: formless, infinite and creative. Forms arise from silence. It is the silence itself which allows creation. All one must do is realize this silence; turn your attention to it fully, now, in your self. From that will expand the creative energy of the universe and you will be trans-"formed."