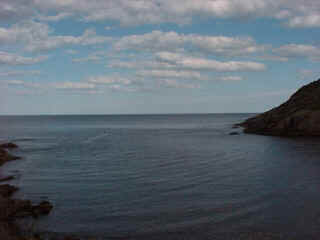 There is obviously more to this than just listening to the silence between everything else -otherwise aren't we just left with another reflection on/thought about an experience?

No, there is nothing more than this. Once you can see how stupidly simple this all is-that the silence itself which is before all form and encompasses all form is Spirit itself. Then you can see everything as a Witness to the "arising" moment by moment and as the moment passes.
That is total freedom from the known, from the reflected, from the illusion of believing there is anything more than that. See what is there at the core, at the center. See the divine nothingness, feel it, embrace it; that is all you are and ever will be. Do not trust the intellect or the emotions about this. Just relax into it as an observer and you will understand that the observation is both that which is arising and the you watching. There is no difference. You've got to let your mind with it's BS believe that it is not anything more than a mind. It can not know that which is unknowable so it tries to circumnavigate, it tries to implicate-it goes back to memory for the answers and memory as you know oh so well is nothing more than ego dictating its own version of reality.

The silence is your only refuge between and among everything else. You can't grasp it, you can't hold on to it but if you see it with your entirety for one split second you will see that everything else is a mere form dancing in the silence. That is what we are, what everything is, we are "in the stillness, dancing."*