Stopping the Madness of Religious Beliefs 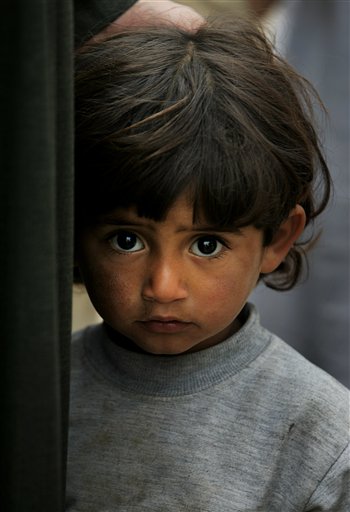 If you are following the news in Iraq or India or Pakistan or in many other countries, you may see that people are killing each other because of differing religious and or political beliefs. The madness is indeed growing worse day by day! You may think it strange that a web site which allows concept words such as God, Spirit, Soul, Love, Forgiveness, will state the following: Humanity is destroying itself because of religion and human beings are killing each other based on the simple fact that their religious belief systems differ and that these beliefs themselves are merely conceptual memes or mind viruses passed on from one generation to another and in themselves are devoid of truth: rather they are concepts only. Yet, the sadness is, that people are entrenched in believing the concepts above everything else. The concepts of religion and faith have replaced the reality of here and now. For humanity's positive evolution, both religion and faith must be completely abandoned.

The only reality that exits or has ever existed is this present moment. There is or has been nothing more than this, nor will there ever be anything more than this moment. So perhaps, a simple answer  to humanity's mad woes would be to give up beliefs in anything other than this moment - now, and see the truth that we are this moment and that the awareness we share, that we truly are within, is this moment, and that this awareness or consciousness is and has been called God, Allah, Spirit, Soul, I Am, Love and a host of other names. You see, when one wakes up to this reality, which is the core of spiritual realization, and the goal of all spiritual practices, one beholds that reality within and without are the same and the "I" experience of self which we have believed and been conditioned to accept was an individual entity with a set pattern of believing is really none other than the space of reality itself and has no need for any belief whatsoever. The "me" is everything and everyone that I survey and thus my living will not be controlled by the madness of beliefs anymore but rather by compassion for all people, beings, indeed all things: which are the real "me" anyway.

If we can all come to understand these ideas and accept them from the core of our being, we can finally see that we do not even need any religious structures and if we so wish to proceed to close the churches, synagogues, temples and mosques, we should do so and perhaps make spaces for centers of compassionate caring, instead of blowing them up or burning them down because we do not accept that particular belief or that the belief is in opposition to what we believe; rather we can come to celebrate each other as being exactly the same consciousness-imbued entities and we may finally come to see that the myths we have lived with, which we thought were the essence of reality were only conceptual beliefs that had and have no substance, nay, nor any absolute truth in themselves. Some of these concepts and conditioned beliefs are addressed below:

1) God (Allah, Yahweh, Adonai, Jehovah) is not a person or a being - God is this present moment, which is Being or Existence or the Universe itself.

2) Praying to this supposed being has no relevance, nor has any effect on anything other than the person's mind which is doing the praying. This moment is as it is, within you and outside of you. You cannot change what is or will be. Your only goal and challenge is to accept "what is" fully-which is the enlightenment of freedom. Embrace the universe of being and you embrace reality. You cannot change what is!

3) Enlightened individuals such as Jesus, Buddha, Mohammed, and scores of others are no different in any way from you and I, other than they probably had a spiritual realization of some depth that they needed to share with others. This is just the way it is and perhaps why even this author needs to share with you. When one finds a glimmer of the truth-one has some sort of need to share this with others. Worshipping these prophets or messiahs or what they stood for or believed in has no effect on the reality of this moment. Speaking about these people, drawing pictures, cartoons or representations: positive or negative about them has no meaning. They were just men and women like you and I, born and died and finally disappeared from existence as does every form in the universe. Only words written about their actions remain and those words were usually written by other folks, second or third hand and have mostly been changed, altered and even made up in the process of oral and written tradition. Thus the Bible, the Koran, the Gita have no unique purpose or offer any reflection of truth that one could say is any better than this web site or the countless other web sites or works of humanity left in the written traditions of the world both "religious" or other.

4) Heaven and hell are states of mind. There is no future tense or place that anyone will "go" to. At physical death, the material form ceases, with all memories and sense of individuality. As in the deepest sleep: time, which never existed anyway, and a sense of "me" disappears...only the silence of "I am" remains. Yes, even deep sleep reminds us of who we really are. Everything one needs to know is revealed by the universe which really is the best teacher anyway. It has always been this way. To really come to understand reality one has only to stop thinking and look upon what is.

5) Reincarnation of a person or self does not exist, other than the fact that consciousness or awareness reincarnates over and over in the countless forms of life on this planet and in the universe and as with heaven or hell not being places, there is no individual which is reborn-rather only the consciousness itself-the pure silence continues.

7) Your country, religion, tribe or ideology is no better or worse than any other, except if in the name of that belief you cause pain or death to another! This is truly an atrocity which we must confront at once. This is the measure of humanity's ignorance.

The above are just a few examples of the madness that religions and belief systems cause. I hope that the words I have offered may provoke you to challenge what you have been taught to believe and see that the very fact that there exist so many different beliefs means that NOT ONE represents the ultimate truth of existence: which is only manifested in the pure silence of this moment-here and now.

"Stop believing in anything and you may find that which is truth itself."

Back to the Written Word